IP in the Development of CE Products 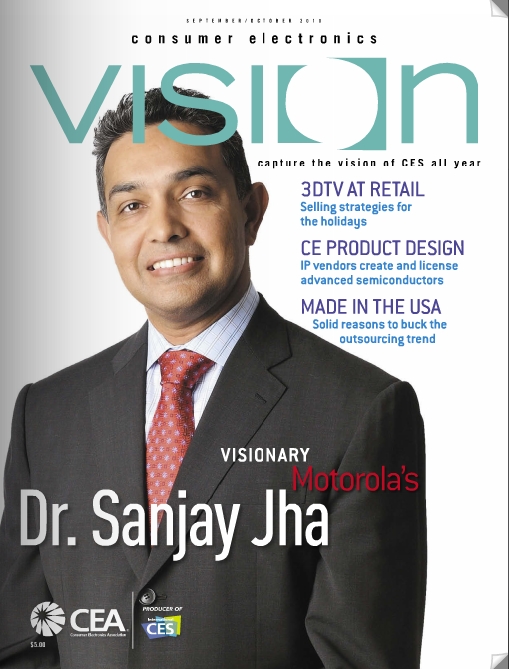 At the heart of today's most significant and iconic consumer electronics (CE) products are key technologies, developed by a relatively small yet highly influential industry -- the IP (intellectual property) core vendors. IP vendors focus on the creation of advanced semiconductor designs which they then license.

The increasing convergence of CE product categories and integration of functions in silicon has led traditional semiconductor companies to buy in best-of-breed technologies to ensure their semiconductor solutions are competitive. This is called IP licensing and is typically used in highly converged semiconductor devices called a system-on-chip (SoC).

The design IP industry has few household names, but it was worth a hefty $1.34 billion in 2009, according to Gartner.

The IP business model is based on the licensing of specific technologies, usually in the form of hardware and software chip subsystems, with up-front license fees paid first, plus royalties when silicon devices which use the IP are shipped.

Typically, moving from licensing to semiconductor device shipment takes from nine months to two years; consumer products using chips containing these IP cores take another one to two years to get to market. It sounds like a long time, but actually for semiconductor manufacturers and CE OEMs, using IP in this way is a great time saver.

In the old world order, a big semiconductor brand would create most of its core technology in-house, and even made the silicon itself. The semiconductor company had to decide four, five, heck maybe 10 years out, what technology baskets it was going to put its eggs in. And if its choice was more at the Betamax end of the spectrum than the VHS one? Well, it would find it very hard to let go, since it had so much more invested.

And even worse: what if the technology choices it made back then were not in step with that CE brands want now?

The answer to this dilemma is IP.

Now semiconductor companies have more choices which helps them better adapt to what CE companies need. As the semiconductor companies check which technologies look promising and which new open standards are coming in to play, they no longer need to develop the technology themselves so they can choose which to support much later in the game. The IP provider takes the risk for the semiconductor, who in turn can license an IP core and have devices in the market in as little as a year and seldom more than two years.

Making a chip isn't like completing a jigsaw -- take the right IP cores, bolt them together and then sell. There's still a lot of work to be done before the finished product rolls out of the fabrication facility. But IP licensing makes sound commercial sense for semiconductor companies, who are freed from the punitive cost of developing all their required technology in-house, enabling them to concentrate on the competencies at the heart of their businesses such as SoC integration, domain-specific solutions, specialist in-house IP, range development, supply chain logistics, support and application platform development.

Success in the IP business is not just about the ability to deliver proven and well-supported IP today. It is fundamentally driven by the capability to create a roadmap of future technologies which accurately anticipate the requirements of tomorrow's consumers.

Since the IP business model relies on licensing cores to multiple customers, and often for each customer to use these cores in multiple chip designs, it is essential for any strong IP company that the technology can be easily retargeted to a range of applications. Imagination Technologies Group, for example, ensures that every IP it creates implements every major API or standard relevant to its application area, to ensure that it will always be usable in every region, under every major operating system. That's a significant undertaking, but it means every semiconductor customer is assured their products will work everywhere, with everything.

Increasingly CE devises have to deliver the Internet, PC-capabilities, TV, music and navigation in one platform. Think of it as four screens -- TV, PC, mobile and in-car -- each of them increasingly capable of being connected to the cloud.

Each of those applications can be built using just a handful of very flexible technology approaches. Imagination has just three for example -- POWERVR for visual IP (graphics, video and display processing), META for embedded applications processing and ENSIGMA for communications and connectivity -- but from those three you can build the vast majority of the SoCs used in today's CE products.

Some CE companies now are starting to engage more directly with the IP industry -- either to take control of the design of the silicon used in their products, or simply to get to know the IP they use very deeply, and from that basis deliver superior results compared to their competitors.

Because those CE companies create innovative products which meet and exceed users' needs and desires, they are bought by millions of consumers.

With each new generation of product, users expect better implementation of popular features, lower power consumption and cost. All of this while having an insatiable appetite for new features and capabilities too. The demand for products to constantly improve in all these areas creates the demand for ever more advanced and efficient technologies. The IP industry will continue to be instrumental in delivering many of the latest innovations, coolest features and the most inspiring apps for many years to come.