Hossein Yassaie is the Chief Executive Officer of Imagination Technologies, known for licensing its graphics IP that drives the graphics in most mobile devices, such as smartphones and tablets, on the market today. In our GBR Q&A series, Yassaie answers our questions about the trends in the mobile graphics market, the role of developers and gives advice about the opportunities for developers in the near future. 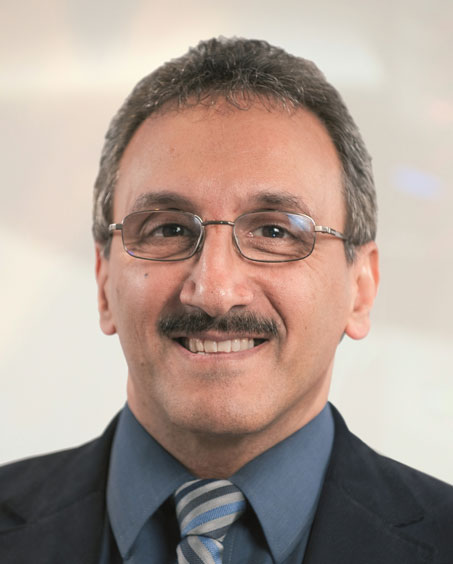 GBR: In a few words, how would you describe Imagination Technologies role in the graphics IP world?

Hossein Yassaie: PowerVR, our graphics technology, is regarded by many as the industry standard for mobile graphics. Dozens of major semiconductor companies use it because it has a uniquely suitable architecture for mobile and embedded graphics. You are hard pressed to find a phone manufacturer who does not have models using our technology. And, of course, because we are in so many devices we have great developer support with over 30,000 developers in our graphics ecosystem, PowerVR Insider, and many more exposed to our GPU technologies through our customers SDKs and ecosystems. Our history is in gaming, we created the GPU designs powering Sega's Dreamcast and Naomi systems, and gaming is at the heart of what we do still, both across smartphones and tablets, and with new consoles like PS Vita.

GBR: What are the driving forces behind integrated graphics today?

Hossein Yassaie: Mobile is all about how much performance can you get for the lowest power consumption, so we have always designed our GPUs first and foremost for maximizing polygons, pixels and GFLOPS per mW and per MHz. Believe it or not, there are still a lot of games developers new to the mobile space, too, so having tools that ease their movement from PC/console to mobile matters is important. We have a free, but fully supported, SDK and tool chain which does just that.

One of the big areas of concern is texture compression (TC) and we just launched PVRTC2 to take our widely deployed technology for that to a new level. The PVRTC 2bpp (bits per pixel) format is the most advanced TC format in mainstream use today, enabling compression of textures stored within an application by up to 16x compared to their uncompressed form. PVRTC2 raises the bar yet again for mobile and embedded TC. The addition of sub-texturing, together with significant improvements in quality and NPOT support all further strengthen PowerVR PVRTC – and now PVRTC2 – as the leading TC format of choice for cross-platform, cross-OS textures in leading mobile and embedded platforms, and embedded in the industry's leading applications.

Because we remain the only graphics technology provider delivering a true tile-based deferred renderer (TBDR) architecture, we expect to continue to grow as the leading provider of graphics technology in all forms of mobile and consumer electronics. Part of that is thanks to the wide range of multiprocessor versions of our PowerVR Series5 SGX cores and the imminent arrival in the market of chips powered by our latest and greatest GPUs yet – PowerVR Series6 'Rogue'. Optimized for GPU Compute as well as high performance graphics, it sets a new bar for performance without compromising power consumption. GPU Compute will help developers use the GPU for a completely new set of applications from physics engines and global illumination in games to non-graphics applications such as antivirus software for malware detection.

What is really exciting for us is how the GPU is becoming the dominant processor in the latest chips. GPUs are parallel processors, whereas CPUs are sequential. That means that whenever we have a new silicon process that's smaller, we just put lots more GPU onboard and the performance scales. CPUs can't do that – they have gone about as far as they can go. With our Series6, our GPUs will deliver 10x to 100x the GFLOPs of CPUs on the same chip. That is a game changer. 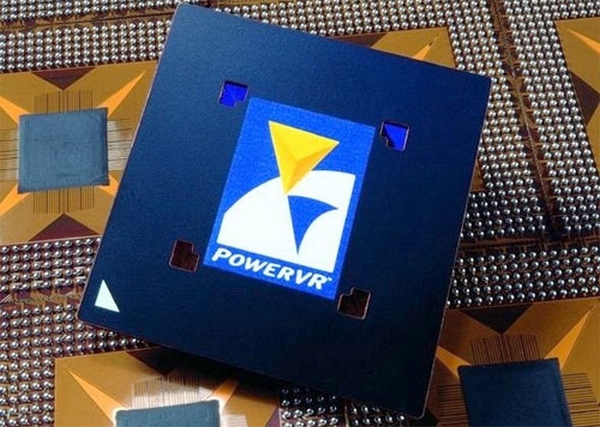 GBR: What are the resulting opportunities for Imagination Technologies?

Hossein Yassaie: Right now we are expanding in to all kinds of new devices. Designers looked at smartphones and saw how customers responded to graphical features in the UI and thought: ok, I need that in my device. So now we are in Set-Top Boxes, TVs, satnavs, ultrabooks, games consoles, and even a growing number of car dashboards as well as phones and tablets.

However the content itself is now changing to exploit the power of mobile GPUs, and that is creating tremendous demand for all the GPU horsepower we can muster. Developers now have the realistic prospect of console-quality HD resolution graphics in every tablet and smartphone, and they want us to close that gap as fast as we can, and on as many platforms as possible, including not only phones and tablets but TVs in particular. Exciting times.

GBR: Where do you see Imagination Technologies two years from now?

Hossein Yassaie: Our business grows fastest by enabling our partners to ship in high volume, so we are obsessed with getting our customers to market as quickly as possible and helping them to be successful using our technologies. Part of that is by enabling developers to create the best possible content, because that content is the vital essence that 'pulls through' device demand. So in two years from now we believe our partners will be shipping in the best part of half a billion units per year, and for developers using PowerVR to be selling their content in volumes unheard of in the console/PC markets.

GBR: What role do application developers play in the development of your products?

Hossein Yassaie: Our PowerVR Insider developer ecosystem is absolutely key to the success of our PowerVR GPUs – it always has been. With more than 30,000 developers chatting to us through our forums and support teams day in and day out, it is a pulse that keeps our technology delivering results that really matter to the content community. From the largest industry names to the smallest one-person backroom wannabe's, PowerVR has been shaped by the developers that have been with us on a 15 year journey, and is now headed into its most exciting phase yet. We make very sure that we listen to everyone, but, ultimately, it is great content that talks most strongly to us.

We work with developers very closely to understand where they are going with their core engines and titles. And while it's rather hush-hush right now, we are doing some significant work with some of our ecosystem partners to define how and when ray tracing can migrate from the high end into the consumer and mobile space. We have a ground-breaking technology using a new API that we're making available to the industry called OpenRL, and we think this will be a real game changer based on feedback from developers.

GBR: What advice would you give professional developers and those wanting to enter the field today?

Hossein Yassaie: Mobile, and increasingly other embedded platforms like STB and TV, represent a potentially huge market for games and entertainment applications of a kind that you just don't find on other platforms. And the dynamics are fascinating. You have new entrants with small teams and big studios with enormous resources all mixed in together in a way that bricks and mortar retail never supported. There's never been a more exciting time to get into mobile development. There's a lot of support and so many opportunities available, so if anyone has not yet started the move from traditional PC and games platforms, now is the ideal time to get started.