Betting on the Future

By Alexandru Voica and Simon Forrest

Recent technological developments in consumer electronics have one trend in common: ubiquitous connectivity across devices. Everywhere you look, manufacturers have woken up to the potential of the Internet due to the exponential growth of smartphones, whose advanced computing and enhanced connectivity capabilities have set them apart from standard feature phones.

Having examined how the mobile market has evolved, CE vendors have started to replicate the smartphone success story to other markets by promoting devices tagged as "smart", "connected" or "intelligent". Having tablets and smartphones ship with HD touchscreens, high-resolution front facing cameras and various accessories that enable communication, the time has come for a new plethora of devices to connect with them, enhance or replicate the overall multimedia experience and bring it to various form factors, any time, any place and on any device.

The first challenger is the smart TV – a concept that brings the internet to standard television sets and the power of the web directly into the living room. As the 3D revolution seemed to capture the bright lights of 2011, a new way of experiencing TV started to develop in its shadows. It involved merging the traditional approach to TV broadcasting with the supply of online content, gaming and applications. Several names were given to this new member of the family: "smart", "connected", "intelligent", "hybrid".

By its nature, it removes the shackles of a basic television set, offering more advanced computing capabilities and a range of connectivity options that open users to features like applications, widgets, plugins, add-ons and other ingenious software that usually run on a smartphone's operating system. Basic features include a graphically rich user-interface, a recommendation engine, cloud based content and delivery to multiple screens with protocols like DLNA. But at the center of it all stand the applications; they are the ones that breathe life into the smart TV. Alongside Hulu or Netflix, YouTube or other on-demand video and film rental services, there are also apps for social networking (Facebook, Twitter) or for photo-sharing (Picasa, Flickr).

They are all designed to turn your television set into a multimedia hub, a familiar environment which not just tech-savvy people can use, but one that becomes everyone's central point of access for entertainment and information. Web browsing is another possibility, although for now the experience remains clunky, especially if one has to use a standard remote control. But where could the technology take us, beyond today's smart TV? There has been progress in that area as well, for example from NDS, a company that has been working on a concept of "surfaces" as interactive visual displays, where any flat area of your home can become a screen. It combines smartphone or tablet-based control with a truly immersive TV experience, creating one main big display area and several companion applications placed around the room. 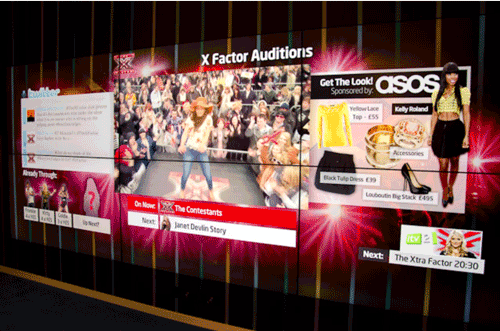 No longer just a flat panel in one corner of your room, the display blends in perfectly, integrating on-line search bars, interesting pop-up facts about the movie you are watching or a Twitter feed so you can interact with others and share your impressions. And all of this is done seamlessly with the help of the graphics core's processing power and without any interruption to the content itself.

Another interesting broadcast technique allows viewers to watch live events from their own unique perspective, a concept called "free viewpoint TV". HD cameras are used to capture a 180-degree wide field of view and a single ultra-high resolution video feed is sent to the TV. Imagination's PowerVR GPUs, for example, have the image and video processing capabilities to offer viewers a selection of scenes from the main feed on multiple connected devices, some of which are illustrated below. 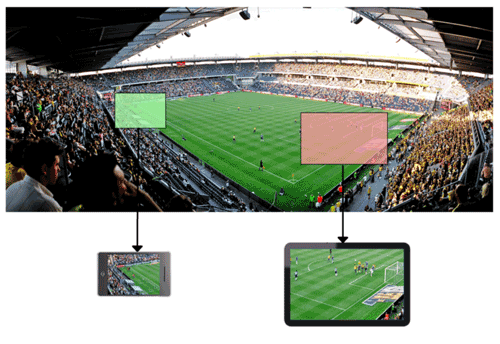 Panning and zooming are also available on secondary screens, with different parts of the scene being watched at the same time on other portable devices, such as tablets or smartphones.

4K: When more is always better

Since Ultra HD (ultra-high definition) video has been mentioned earlier, another question to be asked is: has the 4K revolution reached critical mass? If we look at what it's pushing it forward, the signs seem to be there. All big studios like Paramount, Warner Bros., 20th Century Fox and Sony Pictures have started using Ultra HD. Titles such as The Amazing Spider-Man, The Girl with the Dragon Tattoo and The Hobbit were all shot in 4K, so the content is slowly starting to appear; YouTube has also enabled users to upload high-definition videos since 2010, while Sony has declared that "with 3D, there seemed to be a lot of divided opinion, but with 4K it's just all positive".

On the hardware front, Imagination Technologies has been designing video encode and decode solutions to include support for high profile codecs and standards so future TV applications will have the necessary horsepower once the industry makes the move to 4K. Canon is hard at work promoting 4K as well, staging a number of new professional and DSLR (Digital Single-Lens Reflex) camera launches complete with a list of short feature films from world-renowned and indie directors to showcase the new technology's potential.

But as it is with every new wave of devices, there are a number of factors influencing 4K adoption. Cinemas are the ideal place for initially deploying it but the infrastructure is in dire need of undergoing a major refresh process as older projectors will not be compatible and using 2K projectors side by side - like IMAX - will not work. With cinemas being the driving force for the 3D phenomenon, some movie-goers were keen to re-create that experience into their homes and soon enough 3D televisions started to appear.

This should be the case with 4K, especially with video compression technology improving and large OLED screens becoming a reality. And this time the whole industry is ready for the move as well, because it will be done similarly to the SD to HD transition. The visionaries will realize that by harnessing the power of the hardware inside needed to encode and decode these video streams they will be able to deliver amazing picture-quality alongside numerous other advantages such as image stabilizing, repositioning and other post-processing options.

When it comes to the driving engine behind both smart TVs and 4K video we have to think of graphics, which has become the biggest player at the table with an unmatched winning hand. In the past few years, the mobile graphics sector has seen the largest performance leaps, leaving CPUs behind in data processing capabilities by a large margin. It has gone from strength to strength to become the biggest driver of mobile data usage in image and video and will continue to be at the forefront of console gaming.

One of the most interesting aspects of graphics is its wide versatility. GPU computing is the best example to describe this. Initially only a theoretical concept for mobile, it has begun to pick up momentum and is soon to be the next big thing in the embedded graphics market. There is an ever-expanding variety of use cases where GPU computing, based on technologies like Imagination's PowerVR graphics cores, brings great benefits. Examples include imaging processing (stabilization, correction, improvement, or face detection and beautification tools), multimedia (real-time stabilization, information extraction or superimposition of information), computer vision (augmented reality, edge and feature detection) and gaming. 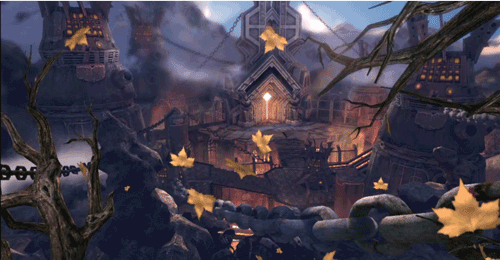 Another key trend is the rise of ray-tracing image generation in consumer electronics. The appearance of OpenRL™, the first open source implementation of a ray tracing language, has enabled developers to make full use of the available hardware compute range, transforming systems into heterogeneous computing architectures. What does that mean in layman's terms? The astonishing graphics we associate with movies and advertising, but in real time consumer applications. In the near future, Imagination's Caustic Professional ray tracing solutions will be able to take on the computational load from GPUs and CPUs, so fully featured applications can run on mobile and embedded platforms and help professionals working with 3D graphics create stunning, visually realistic and breath-taking scenes. 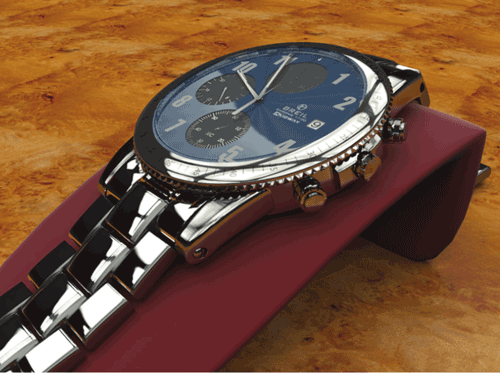 The final technology contender is Voice over LTE (VoLTE), which brings a fully integrated dialer-based solution that can be implemented across hardware platforms and operating systems. It provides a rich multimedia experience for mobile users, by guaranteeing quality of service, low latency and a dedicated bit rate that will make HD voice and video calls the new standard; gone will be the days of "I can't hear you". Video and voice now have priority over the LTE network while bringing a simple and seamless user interface.

The main push for this technology has been driven by an ecosystem initially created around Video and Voice over IP (V.VoIP). Now operators, equipment and device manufacturers and even software vendors have teamed up to make sure that the migration to LTE will be done as quickly as possible. Using, for example, Imagination's HelloSoft VoLTE solution, consumers will be able to switch a call between smartphones, desk phones or tablets, and all this will be done in a controlled, secured way, without interrupting the conversation.

And there's even more to come

There are a number of other promising innovations that deserve an honorable mention. Smart transportation has seen a considerable amount of interest, where solutions will appear to enable advanced servers to detect immediate dangers, automatically avoid traffic jams and closed roads and monitor surroundings. This will lead to a reduction in fuel consumption and carbon emissions, a decrease in traffic jams and an improvement in the efficiency of existing infrastructure.

Connectivity will soon become the main factor behind the home appliances market that currently has a multi-billion devices potential. Attracting users must be done from the viewpoint of convenience, intuitiveness and a complete package offering regardless of the degree of tech-awareness. The industry will create and adapt new standards, build application developer communities and common APIs and raise awareness both for device and service related content. Companies will create innovation clusters that will create complex ecosystems where tailored information will become the norm.

In conclusion, the consumer electronics industry has seen a remarkable growth in the last decade. This can be attributed to a golden era of evolutionary developments and was mainly driven by the mobile market; by itself, it has managed to set the beat to which all other segment markets march, with a series of key advancements in computing capabilities, form factors, connectivity options as well as manufacturing and process nodes that have pushed smartphones at the forefront of the digital age. End-users were presented with faster, truly portable devices with stunning graphics that allowed them to stay connected and communicate like never before.

The continuous development of digital technologies will continue to change the consumer electronics industry worldwide. Following the popular model of social media, manufacturers and vendors started allowing for the increased interaction between all devices, which led to the appearance of smart TVs, intelligent transportation, connected devices or voice and video using internet protocols, all technologies that we have extensively talked about. By looking at a combination of factors like growth, regional segmentation, market size and trends in technology developments, there is still room for profound innovation in the way we interact with gadgets around us as integration and automation will start to be the main drivers behind the products of tomorrow, leading to richer applications and experiences on all our devices.