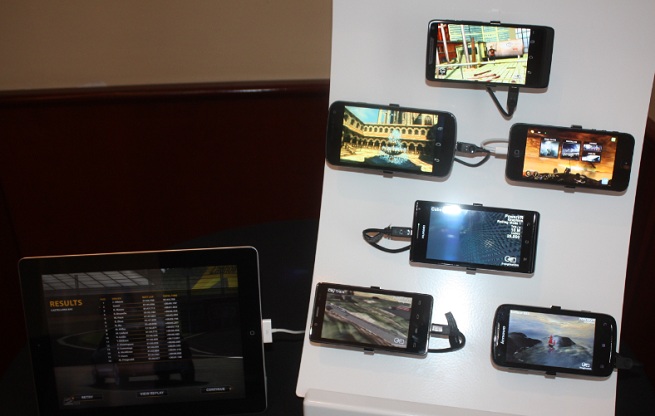 Imagination Technologies designs the graphics processing for a wide range of mobile devices, including Apple's iPhone 5. So an announcement from the British company today will have a considerable impact on how fast those devices run.

To save power and improve performance, Imagination Technologies will now optimize its graphics chip designs so that they can be manufactured in the best possible way at partners such as contract chip manufacturer Taiwan Semiconductor Manufacturing Co. It may sound very technical, but the change is a big one for the mobile computing world, including tablets and smartphones.

Imagination doesn't design its own chips or manufacture them. It creates a subsection of a design, such as a graphics function, which other chip companies license and use in their own chips. Apple, for instance, licenses a graphics core from Imagination and incorporates that component within its A6 microprocessor for the iPhone 5. 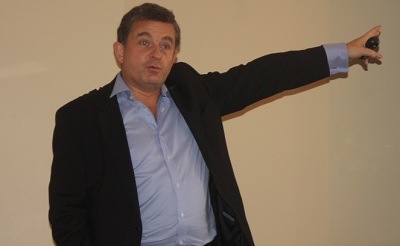 Imagination usually gives a "synthesizable core," or a ready-to-go finished design, to its chip licensee partners. The partners take that core and incorporate it in their chips and take it to a foundry partner, which makes the chip. The change now will be that Imagination will optimize its cores for a particular foundry's factory, such as a 28-nanometer manufacturing line at TSMC, so that the resulting chip will be faster and use less power.

"We're doing this because our customers are asking for it," said Tony King-Smith (pictured), vice president of marketing at London-based Imagination Technologies, at a press briefing in San Jose, Calif. "They say they want a chip tuned to a particular foundry."

King-Smith said the result would be faster and lower power chips, but he couldn't quantify how much. By doing this kind of optimization, Imagination will be able to better compete with rivals (such as Intel) that own their own factories.

"This is happening now because we are so much in the center of horsepower in computing," he said.

Designer of PowerVR graphics technology, Imagination Technologies isn't well-known, but it competes with the likes of Nvidia, maker of the Tegra series of graphics-processor combo chips. Imagination has more than 40 licensees, including many of the top 20 semiconductor companies and system makers. Licensees include Apple, Intel, Sony, Samsung, Qualcomm, and others.

More than 60 chips using Imagination's technology are in production, and another 76 are under design. Among the shipping chips are 17 mobile phone chips, 7 handheld chips, 15 home consumers, 8 mobile computing chips, 9 auto and 4 emerging markets chips. More than 500 million graphics chips have shipped to date with Imagination technology.