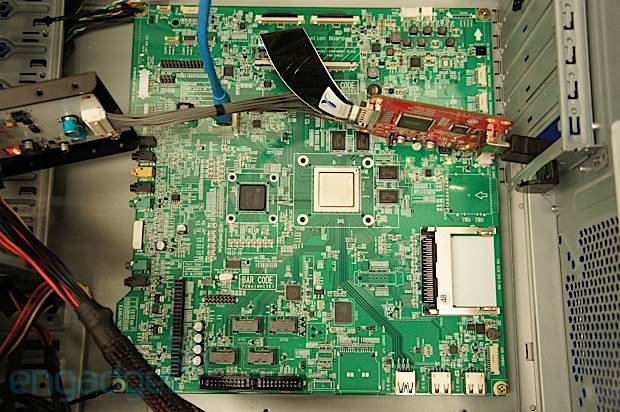 Last week, Imagination Technologies gave us a glimpse of its next-gen PowerVR Series6 mobile GPU and its prowess with OpenGL ES 3.0. That demo didn't showcase Series6's full potential, as the company could only let us see a test chip on an FPGA board that could deliver only 1 GB/s of bandwidth -- one tenth of the GPUs performance capability. Now that Imagination Technologies' first Series6 partner, LG, has given the go ahead, the time has come to see what Series 6 can really do on an optimized board destined for an HDTV.

In addition to the Series6, the company also demoed an older Series5XT GPU that's been upgraded with some recently released API extensions. Those APIs are meant to breathe new life into Imagination Technologies' older GPUs and give them some of the rendering features found in the Series6. Interest piqued? You can see the GPUs do their thing in our demo video after the break.