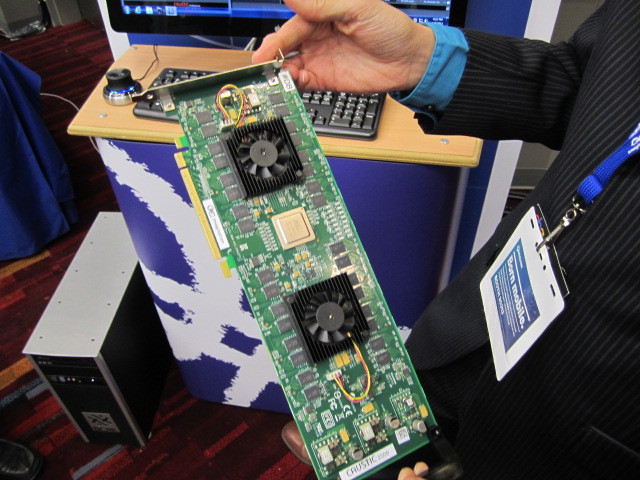 At CES 2013, at the Imagination Technologies suite last week, I had a meetup and demo session with the pioneering wizards behind the processing technology that drives system on chip (SoC) graphics encoding and rendering in many mobile devices (including iOS). You already know how amazing the iPhone/iPad graphics experience is, of course. If you want to get a glimpse of the next generation Smart TV, graphics and home automation processing power Imagination has coming, then you want to read this...

In case you aren't familiar with Imagination, I'll start by giving some background. Like many computing devices, much of the hardware and drivers incorporated into an Apple product come from other vendors that specialize in certain technology areas. It goes without saying (based on the price point of most Apple hardware) that they typically select only the best, and Imagination's PowerVR graphics IP is a key enabler. PowerVR is a processing framework that Apple uses to power the efficient graphics performance technology in iOS. Imagination was demonstrating the series 6 version of this technology at the show, featuring faster, more efficient and ever more powerful SoC designs. 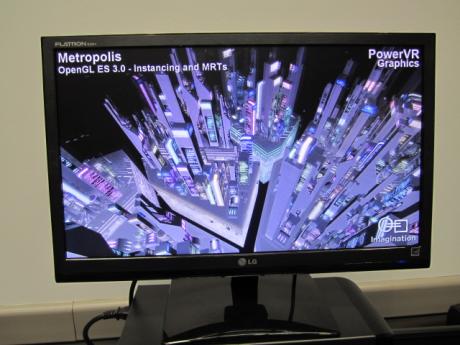 An improvement to graphics performance for mobile in general could be around the corner since OpenGL ES 3.0 was released, particularly for applications that rely heavily on aspects like geometry instancing (drawing the same/similar pixels of an object over and over). Imagination is going to make new extensions available to developers of these applications (particularly for ES 2.0), which if implemented could in turn enhance the performance of their apps, making them load and run faster, and consequently eat less battery. With the release of the extensions, developers can write more efficient graphics intensive apps that use these extensions and will be supported on hardware today. 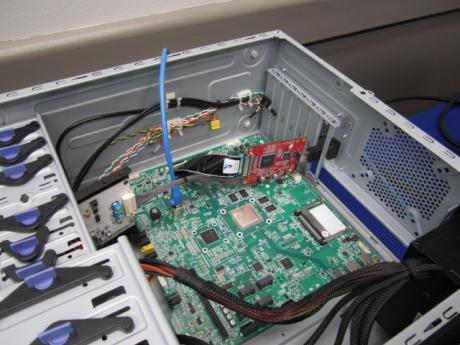 The LG SoC implementation of PowerVR series 6 (red board with ribbon connector-HDMI out), to be used in their CINEMA 3D Smart Series TVs...

There were several running simulations of OpenGL with the latest generation of PowerVR test boards at the Imagination suite (and also on a newly minted LG-branded chip...see above). You could note (by the test animation app) that with ES 3.0 extensions on PowerVR, the system was able to better distribute this kind of processing, resulting in a much smoother animation experience. Though they did not have one of the actual TVs at their booth when I was there, the imagery of the 3D buildings above cycled with amazing clarity on the HD monitor. 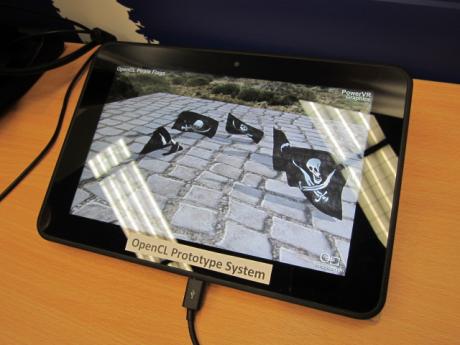 Of lesser interest in the near-term, but maybe something to watch is the OpenCL graphics standard, and ability to use GPU compute for parallel processing. Imagination had a conformant prototype example at the show running under Android on a Kindle Fire. The test app on the Fire rendered an animated circle of undulating pirate flags, and the on-board GPU handled the physics of the flag texture motion without impact to the CPU. 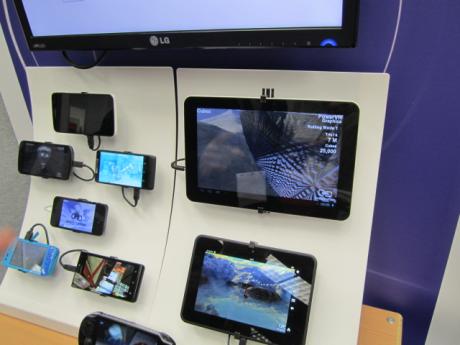 PowerVR can be found in many mobile device types... 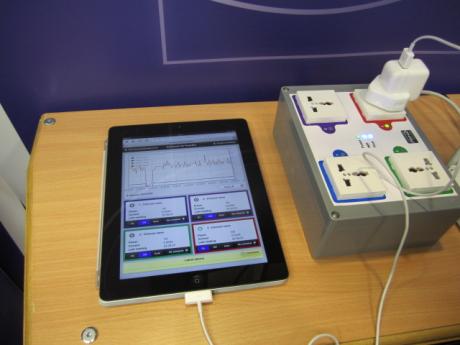 There was more buzz at CES on the front of home automation technology, and Imagination also presented a demo of their Meta processing platform, another SoC that device manufacturers can use to create intelligent home automation products. The demo featured a mockup iPad app that could monitor home power, network and other useful related telemetry. The processing framework and cloud enabled communications wrapper of this technology would allow other companies to quickly and easily create compelling home products. To learn more about Imagination Technologies, and their amazing innovations, visit their web-site here.