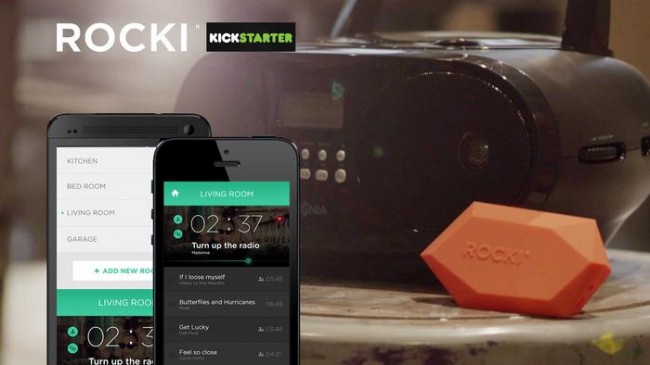 It seems like the conceit that comes with most Bluetooth speakers is a lack of quality in exchange for the convenience of wireless controls. Rocki, a Kickstarter project in the final leg of it's funding period, may provide the solution via Wi-Fi by turning just about any speaker into a wireless sound system.

The Rocki is a two part process to turn your speakers into a wireless receiver for streaming your favorite songs. First, there is the Rocki Play, a device you plug into your speakers to pick up the Wi-Fi signal from your phone; and then there's app, the downloadable component that sends your music to the Rocki Play to, well, play. It promises to be an affordable system that improves upon the expected quality of most wireless speakers, with a wider range than Bluetooth and multi-user control so other (approved) people can spin their own tracks.

You can get your own Rocki Play for under $50 by backing the Kickstarter campaign, a price point lower than investing in a bluetooth or wireless speaker system. Since Rocki works with the extremely common 3.5mm and RCA audio connectors, your current sound system setup will most likely be compatible. It's already surpassed it's set goal for funding, so you're basically betting on a sure thing and getting in early by backing it at this point.