The Doctor Is In: How Telemedicine Can Treat Ebola and Other Infectious Diseases

While President Obama’s naming last week of a new ‘Ebola czar’ (Ron Klain, a former White House advisor) to oversee the federal government’s response to the outbreak, here and abroad, is a positive step, much more is needed to help combat the contagious disease.

There are tools to treat Ebola and other infectious diseases remotely - in particular – telemedicine. 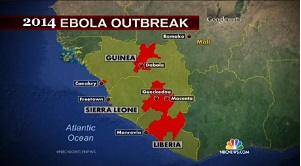 Peter Hulsroj, Director, of the European Space Policy Institute in Vienna, Austria, recently wrote in the Financial Times that telemedicine could quickly put tools in the hands of humanitarian aid organizations “by creating Ebola telemedicine hubs in metropolitan cities in the west, and by creating Internet networks of medical professionals who can evaluate results and supervise treatment regimes.”

Taking it one step further, telemedicine would provide the ability to immediately communicate with infectious disease specialists at the point of care – and this is of paramount importance in the early diagnosis and subsequent treatment plan of Ebola patients. 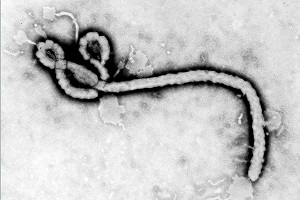 Additionally, secure mobile videoconferencing needs to be implemented that allows simultaneous multi-point connectivity to other appropriate specialists – pathologists, microbiologists, hematologists, etc., to collaborate on the care of the patient as this will result in improved outcomes.  And telemedicine services will help minimize the amount of direct contact by healthcare workers to the patient and thus mitigate the risk of exposure and spread of disease.

And I would respectfully suggest to Mr. Klain that he quickly ramp up a national telehealth network that would also comprise a global communications call center, with real-time video conferencing and data transfer from anywhere in the world- this would further enhance cooperation/collaboration between healthcare professionals to diagnose, educate and follow proper protocols for Ebola and other diseases being seen not only in humans, but in animals and our entire food chain.

There are also some technologies that may help accelerate the aforementioned.  One of these is WebRTC, a free open project that supports applications for voice calling, video, chat, and P2P file sharing.

“WebRTC’s speed in creating new apps is vital, especially given the fluidness of the situation,” said Mohny.  “Nobody’s managed an Ebola outbreak in the U.S., so developing an app or series of apps for public health is bound to be a dynamic process as officials figure out what information they do need and how to effectively collect it.”

Granted, there have been some positive telemedicine endeavors in recent weeks.  The Nebraska Medical Center has been using telemedicine to treat an Ebola patient (one of four in the country equipped to handle these cases). And a Singapore startup, Health2i, has an app called Doctor Gratis that enables Android and Blackberry users to consult with doctors online through the app, as well as access information about health issues. Tech in Asia reported that the app debuted in Indonesia a couple of years ago and has more than a half million downloads. The startup’s also now working with Nigerian doctors to promote the free app.

It’s critical that the global community comes together expeditiously to fight Ebola and other infectious diseases.

Hulsroj summed it up succinctly:

“As we sharpen our focus on what can and should be done, the possibility to help from afar by the use of telemedicine tools should not be forgotten.”