SAN FRANCISCO – Imagination Technologies continues to diversify its bets beyond mobile games running on its graphics cores. The company showed a broad set of demos featuring its PowerVR GPU and other cores at the International CES.

“Taking [some mathematics and algorithm processing] off of the CPU and onto graphics pipeline has a lot of benefits,” an Imagination spokesperson told EE Times. “We can bring down the power and make the CPU cores essentially idle; the CPU will be free to run the operating system and other things.”

While other companies such as Nvidia push GPU compute, Imagination officials believe their MIPS processors and mobile-first strategy will bring success.

One of Imagination’s demonstrations showcased a security camera capable of running analytics in stores. Built on a PowerVR GPU and Texas Instruments OMAP from Texas Instruments, the camera could track customers at multiple points, mark time spent at specific areas of the store, then send information back to owners for more tailored marketing. 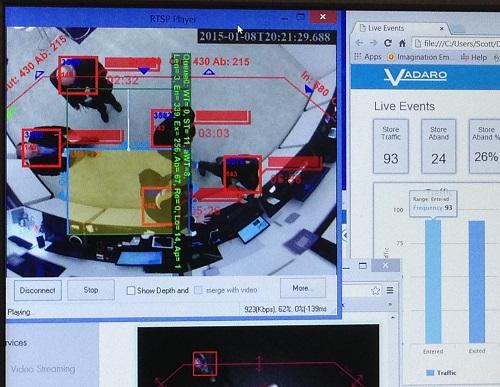 Demonstration of real-time in store analytics based on PowerVR.

The company also added hardware virtualization to its MIPS “Warrior” CPUs, which are available in versions spanning microcontrollers to 64-bit enterprise processors. At CES, Imagination ran two operating systems on the same MCU using a high-end hypervisor from Seltek. The demonstration ran an Itron real time OS to control a small fan motor and used Linux for processing. Using two OSes could provide an additional layer of security for wearables or cars where new vehicles have an average of 100 MCUs that are vulnerable to hacking. 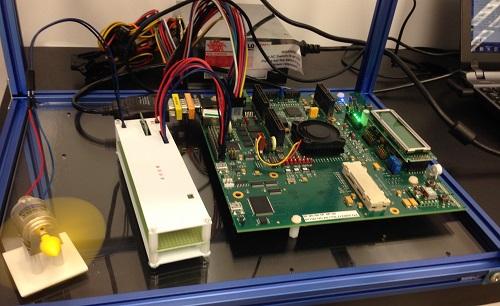 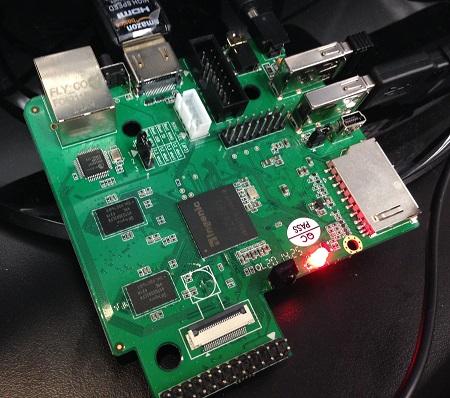 Imagination’s alternative to Raspberry Pi, the Creator C120 development board featured a dual OS as well as Wi-Fi, Bluetooth, and a Raspberry Pi compatible expansion header. Creator has 1 GByte of LPDDR3 memory as well as 4 GBytes flash.

A Creator demonstration ran a video game at less than 2.2 Watts, decreasing the cooling requirements from systems using rival chips.

Geak, the wearable computing subsidiary of Chinese online gaming and e-book company Shanda Group, used an Ingenic dual core CPU with MIPS cores to enable multiple screens on a smartwatch. When in standby, the watch face displays e-ink; an LCD screen appears when the watch is in use.

Imagination officials said the dual screen and MIPS processor allows for a three-to-five day battery life and up to 15 days in standby.

Imagination announced a partnership with software development company Luxoft in January. First fruits of the collaboration were on display at CES with a PowerVR-based digital dashboard and lane detection program for vehicles. An Imagination Spokesman said Renesas, which counts Toyota among its customers, and Texas Instruments, who work with Ford and General Motors, both use PowerVR GPUs.